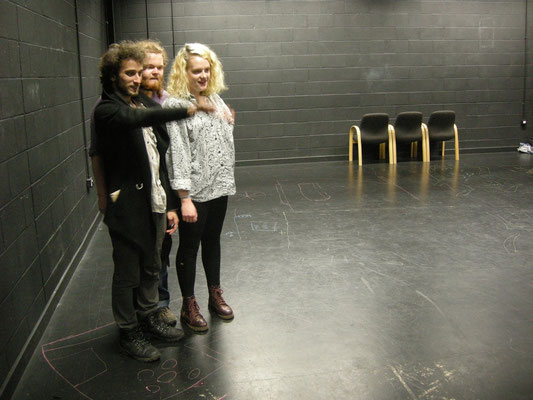 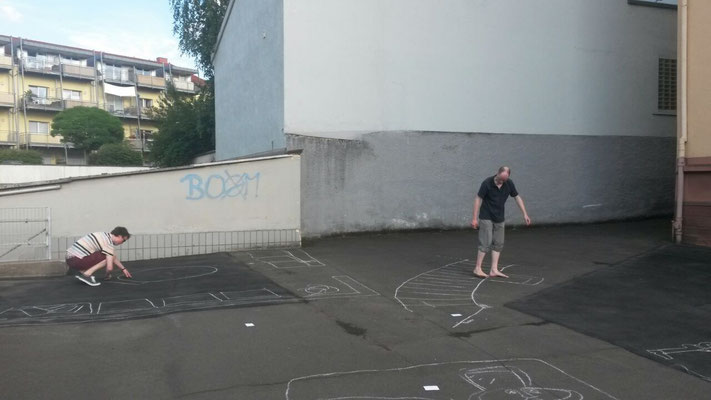 There are cards with each of them having one world written on it (e.g. kitchen, your favourite plush toy when you were a child, the best hiding place you have ever had etc.) Spread the cards out on the floor with the writing facing down.

Each player goes to a card. One after the other, the players tell the other players the first memory of a SITUATION that comes into their mind when they read the word on their card. They must not tell the others what word is written on the card. When every player has done this there is a change of position and every player goes to another card. This action will be repeated at least twice.

The game continues as above, but if one player (A) likes the memory of another player (B), A goes to B, takes B's card (A is now is allowed to read which word is written on B's card) and then draws a floorplan of the space in which the situation of B's memory has taken place. A draws it the way according to their imagination. The last person who is left without the card of someone else draws the floorplan of a waiting room.

When every player completed Level 2 and has drawn a floorplan of someone else's momory (the floorplan of a waiting room, respectively) the players gather as a group and take a tour together, each player describing to the others the space whose floorplan they just drew.

The players collectively decide which room they like best and where they would like the to be the most at the moment. All go to that room and continue the space so they can be in it together.